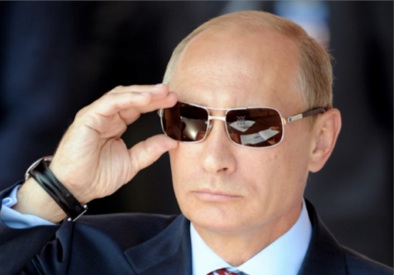 Celente: “When you read the headlines, ‘Putin Puts Forces On Alert,’ you should take them seriously. As I see it, this is just one more intervention by the United States and the European Union into a country and destabilizing it with ‘no exit strategy.’....

“We now have violence going on between pro-Russian secessionist Crimean citizens and the ethnic Tatar protesters. Now you have the new Ukraine leader warning the Russians to put down the protests going on in the Crimea. Who is this guy? He’s a nobody. But this was who the West wanted to lead the Ukraine. So now the US has announced that they are going to be giving at least a billion dollars to the new Ukraine government. The US has also said they would consider additional direct assistance for the ‘former Soviet Republic.’ That’s what they call it. The Russians have responded by parking a Russian intelligence ship in Cuba.

But the Russians will not let the Ukraine fall into the hands of the EU and the US. This latest attempt has all been part of a move for the EU and the US to keep gaining more and more of eastern Europe that was formerly under the Soviet bloc. This is all designed to further isolate Russia.

The bottom line is the Russians are not going to give up the key port of Sevastopol on the Black Sea. But when we hear the United States warning Russia not to get involved, this is complete hypocrisy. The US has already spent $5 billion destabilizing Ukraine.

We are telling Russia not to intervene in a country next door to them, where they have military bases, a strategic area for pipelines and other strategic assets? Us telling Putin not to get involved is ridiculous.”

Eric King: “Gerald, as you know the price of gold has been virtually frozen, even with the conflict in Ukraine taking place.”

Celente: “Let’s suppose that you lived in Ukraine and now you are worried about a run on the banks -- they have no money. Ukraine is looking at an immediate $35 billion bailout just to keep the country going. Would you feel safer having gold in that situation?

And as we look at gold, let us not forget that with the markets fluctuating wildly, gold has been climbing steadily. But it is not in the interest of the Western central banks, particularly at this time, to view gold as a safe-haven in a time of geopolitical turmoil and economic uncertainty. And as we well know, markets are rigged.

Regardless, as we are seeing more and more global destabilization, whether it is in Ukraine, Turkey, Thailand, or the protests raging in Venezuela, gold is a safe haven asset and this is what puts gold in a class all its own.”

Celente added: “If anybody is stupid enough to consider fighting Russia, they should just remember what happened to both Napoleon and Hitler. The Russians are not going to be defeated. This isn’t Iraq. This isn’t Colonel Gaddafi in Libya. These are the Russians.

They are armed to the teeth, they are technically savvy, and they are not going to give an inch. I don’t believe the politicians or the military would dare threaten to go into any kind of an armed conflict with Russia because if they did, it would be the beginning of World War III. And as Albert Einstein said, ‘I know not with what weapons World War III will be fought, but World War IV will be fought with sticks and stones.’”

IMPORTANT - KWN will be releasing interviews all day today.

IMPORTANT - Powerful entities do not want people to have access to the news that KWN provides. As a result we have had a constant interference with the news feed on our home page. Simply reload the home page until you receive the news feed, or go straight into the KWN blog. You may need to clear your cache in order to see the latest news story. KWN readers can simply google “how to clear cache” if they are unfamiliar with how to do this.

© 2014 by King World News®. All Rights Reserved. This material may not be published, broadcast, rewritten, or redistributed. However, linking directly to the blog page is permitted and encouraged.