Area 51 Is Finally Recognised By The CIA 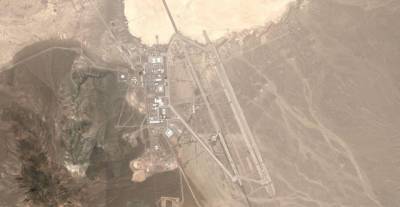 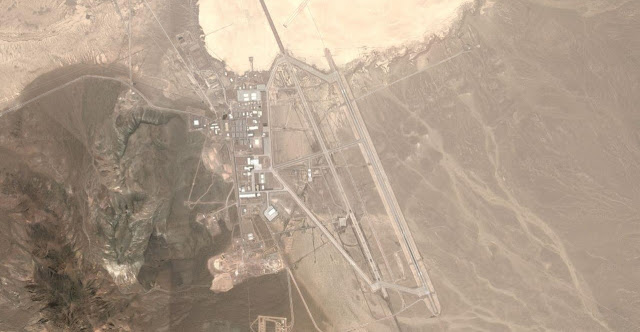 THE truth is finally out there – a “UFO centre” that never officially existed for decades has now been acknowledged by the US government. The facts have been revealed after a Freedom of Information request from George Washington University – and there’s no mention of UFOs. A simple line-drawn plan finally confirms the location on Groom Lake salt flat.

But that won’t stop conspiracy theorists insisting it houses bodies of weird grey extraterrestrials, believed by some UFO geeks to have crashed their spaceship at Roswell, New Mexico, in 1947.

The theory goes that the aliens and their wrecked craft were taken to Area 51 for examination and that scientists even managed to set up future meetings in the desert with other alien life-forms.

Other developments said to have occurred in Area 51 include: weather control, secret weapons, time travel and teleportation.

Instead papers reveal the base was built by the Atomic Energy Commission in 1955 before being converted to train U-2 spy plane pilots in the Cold War.

Records reveal how scouts flying over the Nevada desert spotted the site in 1955 and agreed it was perfect for a new top secret military base.

President Eisenhower then approved the AEC’s purchase of the wasteland.

The US Air Force took over the base when the CIA finished with it in 1957 and continued using it to train pilots.

The planes were used for high altitude, all-weather intelligence gathering and flew over the Soviet Union, China, North Vietnam and Cuba in the 50s, 60s and 70s.

Official maps usually only show a disused mine at the site or a large area of restricted airspace.

George Washington University published the location in a report on the secret history of the U-2.

Jeffrey Richelson, of the National Security Archive said: “It marks an end of official secrecy about Area 51 and opens up possibilities of future projects being more fully explained.”

Area 51 Is Finally Recognised By The CIA by ufoblogger
Author: www.ufo-blogger.com