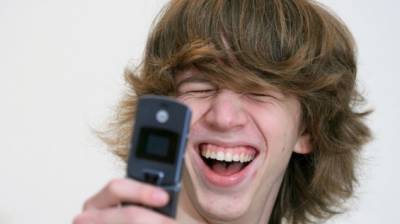 Astudy by Tel Aviv University has shown, for the first time, a clear connection between cellphone use and higher risk of cancer.

Although cellphones are generally regarded as potentially carcinogenic, scientific studies on the issue have been inconclusive until now, a report on the study posted Monday on Science Blog noted.

The study was published in the scientific journal “Antioxidants and Redox Signaling.” The results, while dramatic, do not establish a direct relationship between cellphone use and cancer development among users, but rather open up new lines of research and establish a clear connection between long-term cellphone use and potentially detrimental side effects on health that can cause molecular changes that can lead to cancer.

In the study, researchers from TAU, Rabin Medical Center and the Technion studied the salivary glands of 20 long-term heavy cellphone users, defined as a mean of 12 years of 30 hours per week of use, and 20 deaf subjects who did not use cellphones or used them only for text messaging.

The researchers hypothesized that because cellphones are generally placed quite close to the salivary glands when used for calls, the effects on cancer risk could be determined by analyzing the saliva of users.

They found that compared to the non-users, the cellphone users’ saliva showed much higher indications of oxidative stress, a process which is regarded as a major risk factor for cancer.

“Increasing use of mobile phones creates growing concerns regarding harmful effects of radio frequency nonionizing electromagnetic radiation on human tissues located close to the ear, where phones are commonly held for long periods of time,” the study noted.

The findings suggest that there is “considerable oxidative stress on the tissue and glands which are close to the cell phone when in use,” Dr. Yaniv Hamzany of TAU said, and noted that oxidative stress, caused by radiation emitted by the phone, is linked to cell mutations which lead to the development of cancerous tumors.

Cellphones emit non-ionizing radiation, which is classified as extremely low levels of radiation that have been thought to not modify biological cells. However, a panel of the International Agency for Research on Cancer, a branch of the World Health Organization, in 2011 concluded that emissions from cellphones are “possibly carcinogenic” and classified them as “Category 2B,” the same status given to engine exhaust, lead, some industrial chemicals and the pesticide DDT.