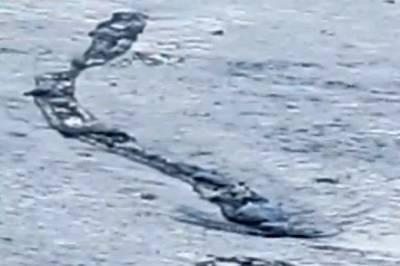 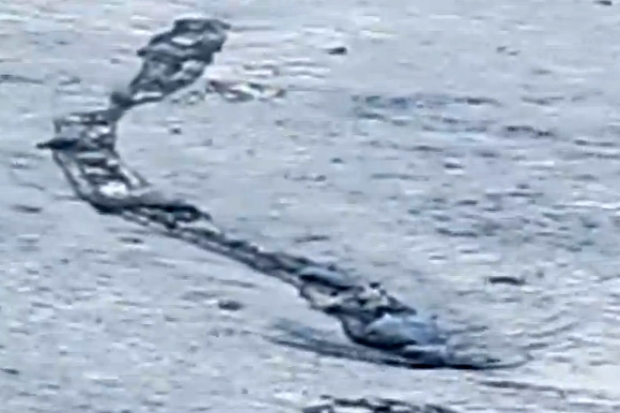 Lagarfljótsormurinn, the giant serpent rumored to inhabit the lake Lagarfljót near Egilsstaðir in East Iceland truly exists, as announced on Saturday by the majority of a 13-person truth commission established in 2012 by the Fljótsdalshérað municipal council.

The commission was given the task of determining whether a video of the alleged monster shot by Hjörtur E. Kjerúlf, which went viral, was authentic and whether he was entitled to a prize of ISK 500,000 (USD 4,300, EUR 3,300).

“I was told about the commission’s conclusion and I’d like to say that I’m extremely pleased to confirm that the majority of the commission was right,” Hjörtur told austurfrett.is.

While concluding that Hjörtur’s video was authentic, the commission determined that a photo shot by Sigurður Aðalsteinsson, who had also made claim to the prize money, did not show the actual serpent.

Hjörtur shot the footage through his kitchen window at farm Hrafnkelsstaðir in Fljótsdalur early one morning in February 2012.

The video was originally posted on the website of national broadcaster RÚV and, after Iceland Review reported on it, reposted multiple times.

The video has now been watched approximately 8 million times and has prompted film crews from abroad to come to the lake in search of the serpent.

Former mayor of Austur-Hérað promised the prize in 1997 to the person presenting evidence of Lagarfljótsormurinn’s existence.

After Hjörtur and Sigurður made claim to the prize, the truth commission was established.

“I’ve long since lost sight of whether its establishment was serious or a joke but we were given the task of taking a position and finish this project,” the commission’s chair Stefán Bogi Sveinsson commented.

In addition, Hjörtur received an ISK 50,000 prize from local tourism cooperative Þjónustusamfélagið Fljótsdalshéraði for having marketed the region as a tourist destination with his video (see below).