THE HEADS ON EASTER ISLAND ALSO HAVE BODIES 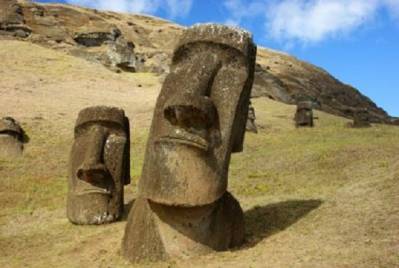 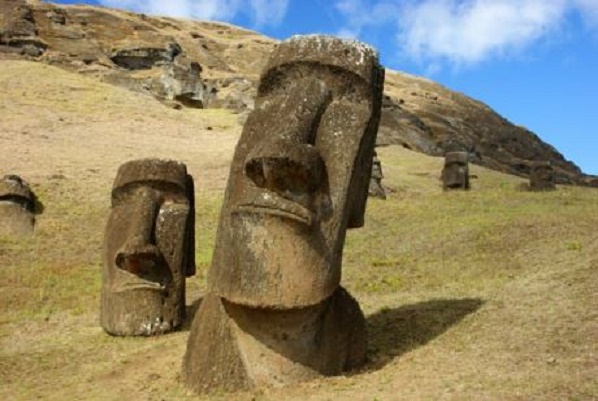 The monolithic statues of Rapa Nui (Easter Island) are called moai in the Rapanui language. Carved on the island by the ancestors of the current population, approximately 50% of the total of 887 statues documented to date still remain in the immediate vicinity of Rano Raraku, the quarry in which they were produced. The majority of the remaining statues were transported to and erected upon a variety of ceremonial structures called ahu. This feat is one of the greatest megalithic achievements of Pacific prehistory. EISP is the longest collaborative and evolving artifact inventory ever conducted within the context of the Easter Island archaeological survey. Our primary goals are scientific. Our basic purpose is to shed light on the complexities of prehistory, and to integrate the moai into the unfolding time line of Rapa Nui prehistory. We aim to locate, describe, and understand the original context and use of all statues, including those in museums. Context and use, it is hoped, will reveal meaning. Our methods include archaeological survey, artifact description, research into the meaning of symbols, and cultural history interpretation. Our tools have always included camera, compass, measuring tape, and field notebook. Over time we have added large-scale calipers, the latest in GPS mapping technology, and advanced computer data management. We have two other goals: to provide the results of our work to Rapa Nui families and to the island’s public agencies that are responsible for conservation and preservation of the moai. To that end, we have created an irreplaceable archive of unique documentation. It is anticipated that by making this study more accessible to colleagues we will further the critique of our goals, methods, and findings. Finally, it is hoped that students and the interested and concerned public will gain increased insight into Rapa Nui prehistory.  It’s not known exactly why the bodies were buried – Were they buried on purpose? Or were they buried as a result of time and erosion? It is however known that the figures were carved between the years 1250 and 1500 by the Rapa Nui people. Visit the Easter Island Statue Project website to learn more.