Atlantis May Have Been in Bolivia? 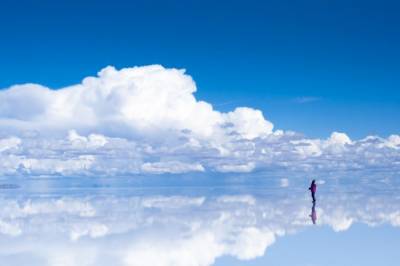 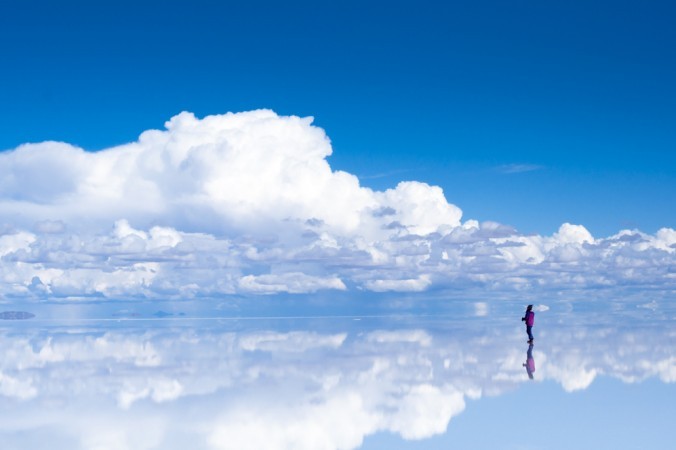 The universe is full of mysteries that challenge our current knowledge. In "Beyond Science" Epoch Times collects stories about these strange phenomena to stimulate the imagination and open up previously undreamed of possibilities. Are they true? You decide.

Allen is a former aerial-photograph interpreter for the British Army. He has scanned the views of Salar de Uyuni and its surrounding land features, noting key similarities between this region and ancient Greek descriptions of Atlantis.

The philosopher Plato referred to both a continent named Atlantis and an island city named Atlantis, explained Allen, and he said it is only the city that is described as having been submerged in one day and one night.

He theorizes that South America is the continent of Atlantis, and the sunken island city was situated on the mountain of Pampa Auallagas.

Local legends of a flood that drowned a city also match up with some of Plato’s descriptions, said Allen. Allen looked at a selection of Atlantis features as mentioned by Plato and corresponding features of South America and Pampa Auallagas:

The continent of Atlantis was as large as North Africa and Asia put together, according to Plato. South America is about this size. Allen noted that it is easier to imagine a city island of smaller scope submerged by water than a land mass as huge as the continent described.

A rectangular plane ran midway along the longest side of the continent, according to Plato. This corresponds to the Salar de Uyuni flats, Allen said. Salar de Uyuni matches the dimensions Plato gave for the plane: “3,000 stades long on either side and 2,000 stades wide at its center.” A stade is a unit of measurement that in ancient Greece equaled about 600 feet or 180 meters. 2. Strips of Land Divided by Water

The city of Atlantis is described as circular strips of land divided by circular strips of sea. The strips of land were connected by bridges. The top of Pampa Auallagas shows signs of partly eroded rings of land and water. This is to say, if the water level in nearby lake Poopo were higher, the rings on the top of Pampa Auallagas would have been filled with water and connected with the lake by a canal 50 stades in length (about 5 miles). The number and dimensions of the rings of water and land fit Plato’s description of Atlantis. A diagram of the rings of land and water that purportedly comprised the island city of Atlantis. (Courtesy of John Allen)

Gold, silver, copper, tin, and orichalcum could be found locally in abundance in Atlantis. Enough of these metals were purportedly available to cover temple walls and the concentric ringed wall surrounding the central Acropolis.

All these metals are found in the Pampa Auallagas area, Allen said. Archaeologists and historians aren’t sure what “orichalcum” refers to and if it can be found in nature or not. To make orichalcum one needs to heat metals to temperatures above 3500 degrees. Allen theorizes that it is a natural copper-gold alloy found in the Andes, known locally as tumbaga. Tumbaga has been highly valued in the region throughout history, as it is harder than copper while remaining malleable. Its surface can also be treated to dissolve the copper and leave only gold, giving it the appearance of pure gold. Orichalcum was said to be the second most precious metal found on Atlantis.

4. In the Mountains, Near the Sea

The island city of Atlantis was said to be located on a level plain only 5 miles (8 kilometers) from the sea. At the same time the city was positioned high above the sea, surrounded by mountains. This description fits Pampa Auallagas, if you consider the saline lake Poopo an inland sea. Poopo is located 5 miles from Pampa Auallagas.

Natural hot and cold water springs are described in Atlantis, and there are also some in the Pampa Auallagas region.

Bolivian Legends That Correspond to the Atlantis Story

A depiction of the Greek god of the water, Poseidon, painted in 1893 by Walter Crane. (Wikimedia Commons). Excerpt from Plato’s description of Atlantis (Benjamin Jowett’s translation): “In the temple they placed statues of gold: there was the god himself standing in a chariot-the charioteer of six winged horses-and of such a size that he touched the roof of the building with his head; around him there were a hundred Nereids riding on dolphins, for such was thought to be the number of them by the men of those days.”

Atlantis is said to have been destroyed by the water god Poseidon, who was the god of the city, after it’s inhabitants became immoral. Similarly, legends in the region of Pampas Auallagas tell of the moral degeneration of local society resulting in a flood sent by the water god Tunupa.

The flood was said to have started at Lake Titicaca to the north, and come down to Pampas Auallagas, where Allen said some signs that may indicate flooding can still be seen.

What’s in the Name?

Before the Spanish conquest, part of the Pampas Auallagas region was called Antisuyo, meaning “kingdom of the copper.” Antis is a word in the native Quecha language for copper. Allen notes this could be related to the “antis” part of Atlantis.