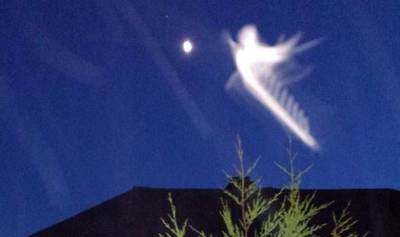 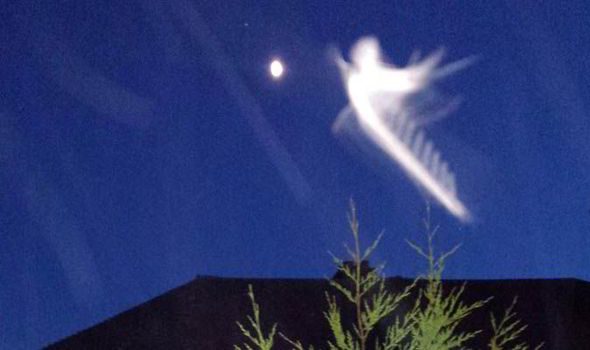 AND, lo, the angel of the lord came down...upon a semi-detached house in Barking.

This extraordinary photograph taken by a resident of the hitherto unremarkable Greater London borough - apart from being the birthplace of England football captains Bobby Moore and John Terry of course - was taken by a local resident. Mirjeta Binoke, 38, was in her back garden with friends recently when she looked up at the night sky and saw the moon flanked by four stars.

She thought it would make a nice picture and went indoors to get her camera phone.

"When we looked at the picture we saw this image there and everybody was amazed by it.

The story gets curiouser as well.

Two days before the angel picture was taken construction company director Mirjeta's son was in his bedroom when he reported to his parents that there had a been a very bright white flash coming from above the house and outside his window.

Mirjeta, a church-going catholic, said: "We didn't believe him at first but when we saw the image in the picture it certainly made us think."