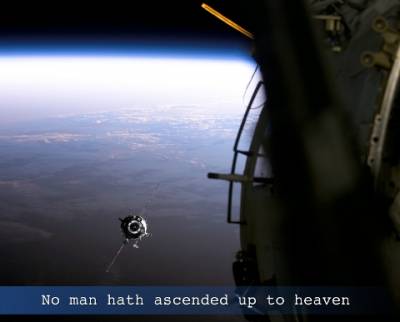 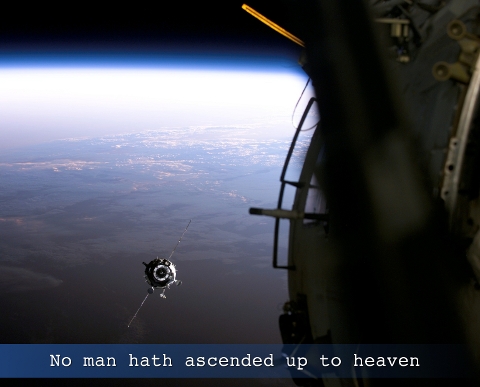 It is scientifically and physically impossible for man to set foot on the Moon. The fact that we need a constant intake of water means that man could not go to, let alone step foot on the Moon or even Mars. Despite what NASA will have you believe, one giant leap of faith, we cannot live on Mars even if water exists. We need massive amounts of atmospheric water vapor to inhale and a precise amount of atmospheric water pressure to surround us to survive. Man was in 1969 and is today in 2012 technologically confined to Earth.

It is a universally accepted fact that most of the human body is made up of water, H2O, with cells consisting of 65-90% water by weight. Scientifically we are aquatic beings. We require a constant intact of water in order to survive. We intake water by consuming it and inhaling it. Yes I said inhaling it. What you don’t realize is that the air we breathe is actually water – in its gaseous state. Every Earth image gives proof of this. Look at any photo of Earth from Space. Earth is blue from space because its atmosphere is entirely made up of water vapor.

Another giant leap claim by NASA and other so claimed space experts is that earth’s rotation (they claim Earth is spinning at 1000 mph) is what causes gravity. Earth’s gravity has everything to do with the layers of atmospheric water and the pressure they exert downward, not rotation. Remove Earth’s water vapor atmosphere and everyone and everything not firmly attached to the Earth’s surface will be literally flung (remember they claim Earth is rotating at 1000 mph) off it.

The Moon doesn’t spin (rotate) which is proven with the universally accepted fact that we always see and only see one face of the Moon. Because the Moon doesn’t rotate rotational gravity doesn’t exist. Actually, rotation of any spherical object causes the opposite effect – anti-gravity. Place any object on a rotating sphere or to a spinning wheel to see for yourself what happens with rotation. All objects are flung off. Centrifugal Force, in physics, is the tendency of an object following a curved path to fly away from the center of curvature. The fact that the Moon surface is barren of any life is because it doesn’t have an atmosphere. Despite what NASA and the US government claim, man never went to the Moon. No rotation and no atmosphere means man could not set foot on it. NASA and the US Air Force knows rotation causes centrifugal forces and have built centrifuge simulators to test astronauts and pilots. An astronaut or pilot is strapped to the outer end of a centrifuge simulator and the centrifuge is spun at high speeds. The spinning tries to fling off the person attached but because the person is strapped in centrifugal force, not Gravity force, are exerted on the person. And they would have us believe that Earth is apparently rotating at 1000 miles per hour, creating gravity and keeping everything planted firmly on Earth. I don’t know about you, but if that was the case wouldn’t Earth be a giant centrifuge, trying to toss us off the outer edge of its curvature surface? After all, Centrifugal Force, in physics, is the tendency of an object following a curved path to fly away from the center of curvature. Rotational gravity would only be scientifically plausible if we lived inside Earth’s crust. As demonstrated with any centrifuge simulator. The universally accepted and known fact that we are living on Earth’s outer surface disproves any claim that Earth’s rotation causes gravity. Another perfect example of how earth rotation doesn’t cause gravity is found at any fairgrounds. Can you image what this ride would do to its passengers if it was turning at a speed of 1000 mph? NASA http://lro.gsfc.nasa.gov/moonfacts.html “The earth rotates about 1000 mph. By comparison, the moon rotates about 10 mph.”

Man hasn’t even been to space, for the simple fact that Man cannot survive in a vacuum (zero atmospheric pressure). Man would have to take with us a huge supply of an air mixture that precisely mimics our atmosphere. Any deficiency of any air element that mimics our atmosphere would surely kill us.

Scientific proof man hasn’t even been to outer space What you haven’t been told is that the International Space Station isn’t in outer space, as NASA claims. It is still within Earth’s water vapor atmosphere. It is sailing on the waters above – in the layer of Earth’s atmosphere called the ionosphere.

According to NASA http://www.nasa.gov/audience/foreducators/teachingfromspace/dayinthelife/index.html, the International Space Station is orbiting 240 miles (386 km) above the Earth. But, depending on who you talk to, the Earth’s atmosphere is from 400 miles to 800 miles thick. There is no exact place where Earth’s atmosphere ends; it just gets thinner and thinner, until it merges with outer space. The exosphere is considered the outermost layer of the Earth’s atmosphere. The exosphere goes from about 400 miles (640 km) high to about 800 miles (1,280 km). The lower boundary of the exosphere is called the critical level of escape, where atmospheric pressure is very low (water’s gaseous atoms are very widely spaced) and the temperature is very low.

So if the exosphere extends some 800 miles above Earth and it is accepted by the scientific community to be part of Earth’s atmosphere then that means the International Space Station is still within Earth’s atmosphere – positioned within Earth’s upper atmosphere called the ionosphere (the ionosphere starts at about 43-50 miles (70-80 km) high and continues for about 400 miles or 640 km) atmosphere. Above the International Space Station (ISS) still exists Earth’s 400 mile thick exosphere atmosphere.

Proof that Earth’s atmosphere is a river of water is presented in the Christian Bible. If you are a Christian you must believe the word of God. That being said, the word of God, the Holy Bible, states in Genesis 1

1 In the beginning God created the heavens and the earth.

And God said, “Let there be a vault between the waters to separate water from water.” 7 So God made the vault and separated the water under the vault from the water above it. And it was so. 8 God called the vault “sky.” And there was evening, and there was morning —the second day.

9 And God said, “Let the water under the sky be gathered to one place, and let dry ground appear.” And it was so. 10 God called the dry ground “land,” and the gathered waters he called “seas.” And God saw that it was good.

Ever wonder what happens to us when we die? Religion tells us that when we die our soul leaves our body and ascends to heavens. To give us peace of mind religion tells us that when we die we go to heaven and we are rejoined with those who have gone before us. But in order for you to get to heaven you must serve, obey and finance them for your entire life. The truth is, everyone ascends to the heavens (sky) above after we die. When we die, our water body loses its electrical charge that bonds the hydrogen and oxygen molecules together. Immediately our body begins to evaporate and this is what causes our body to bloat – water vapor (gas) buildup within our body. Our thick skin is the only thing keeping up from spontaneously evaporating and ascending to the heavens above. Eventually, everyone rejoins the water molecules of the ones who have gone before them.

What will happen when man leaves Earth’s atmosphere?

How would lose of atmosphere, for any period of time, affect man? When you lower the pressure exerted on water, you increase the evaporation of the water. The moment we venture off World and into the vacuum of space we immediately begin losing body mass. Exposure to the micro atmospheric water pressure environment of Earth’s outermost atmosphere causes men and women of all ages to lose up to 1% of their bone mass per month. Because Earth’s atmospheric water pressure is critically diminished or no longer exists we start to literally evaporate and our body’s water molecules ascend to the heavens above. Heavens is defined as the the sky or universe as seen from the earth; the firmament. According to Genesis, God created the firmament to separate the “waters above” – atmospheric rivers of water vapor, from those below- the oceans, seas, lakes, rivers and streams. Evaporation is defined as the process by which water is converted from its liquid form to its vapor form and ascends from land and water masses to the atmosphere. Religion takes advantage of this fact to enslave the people of Earth.

http://en.wikipedia.org/wiki/Vacuum – “Humans and animals exposed to vacuum will lose consciousness after a few seconds and die of hypoxia within minutes … Although the blood will not boil, the formation of gas bubbles in bodily fluids at reduced pressures, known as ebullism, is still a concern. The gas may bloat the body to twice its normal size and slow circulation, but tissues are elastic and porous enough to prevent rupture. Swelling and ebullism can be restrained by containment in a flight suit. Shuttle astronauts wore a fitted elastic garment called the Crew Altitude Protection Suit (CAPS) which prevents ebullism at pressures as low as 2 kPa (15 Torr)”

“Animal experiments show that rapid and complete recovery is normal for exposures shorter than 90 seconds, while longer full-body exposures are fatal and resuscitation has never been successful.”

Above 3 km, “oxygen enrichment is necessary to prevent altitude sickness in humans that did not undergo prior acclimatization, and spacesuits are necessary to prevent ebullism above 19 km. Most spacesuits use only 20 kPa (150 Torr) of pure oxygen, just enough to sustain full consciousness. This pressure is high enough to prevent ebullism, but simple evaporation of blood can still cause decompression sickness and gas embolisms if not managed.”

In other words, loss of Earth’s atmospheric pressure over 90 seconds will kill a human being. The vacuum of space will cause the fluids (man is made almost entirely of liquid water) in the human body to convert to gas. The gas may bloat the body to twice its normal size is only present when a liquid is vaporized. The change of state from a liquid to a gas is called ‘Vaporization’. There are two types of Vaporization: boiling and evaporation. So the statement that the blood won’t boil is feasible – the water in the your skin and organs can, however, vaporize into a gas. Not a very nice way to die. For this reason NASA and the US never took a chance and sent any astronaut farther than Earth’s aquatic atmosphere or to the Moon.

We humans actually live at the bottom of an ocean called the ATMOSPHERE. It, not Earth rotation, presses on us from all directions. Atmospheric pressure is the pressure at any location on the Earth, caused by the weight of the column of atmosphere above it. At sea level, atmospheric pressure has an average value of one atmosphere or 14.7 psi. and gradually decreases as altitude increases.

Meteorologists use a metric unit for pressure called a millibar and the average pressure at sea level is 1013.25 millibars or 2116.2 pounds/square foot. Obviously, enough pressure to keep everything grounded on earth.